MAHALIA
I didn’t want to be born. Something went wrong along the way, and I’ve been unsure about my purpose on this earth ever since. If I was hit by a car, if I fell off a cliff, would anyone care? Living in Cornucopia with my sister wives under the watchful eye of our husband, Allred Lee Chiles, has turned me into a robot, unable to feel or think for myself. I’ve been looking through a cloudy glass, not trusting myself or others.
But a man came down from the mountains. I’m captivated by Gideon Fortunati, his name expressing all that he is—keeper of my fate, master of reality, teacher of my future. Gideon’s purifying power has enlightened me about my capabilities. I don’t have to let The Prophet take my daughter and marry her off to that old man. I was guilty of dirt and sin, but I can take my life back now.
GIDEON
I was exiled to this godforsaken wasteland in Utah by our MC Prez. My entire existence has been a struggle, a futile tirade against my maker. I ranted against my fate, and in answer I was sent Mahalia. A naive victim of that twisted false Mormon sect leader. He’s tried to mangle her like a spineless puppet, like he has all the other women—the other girls.
Before I met her, I was a child. Now I’ve given up childish ways, and I can see everything in a mirror, face to face. Faith, hope, and love were all handed to me, and the greatest of these is love. I’ve come too far. There’s no surrender now.
It didn’t look that far on the map. 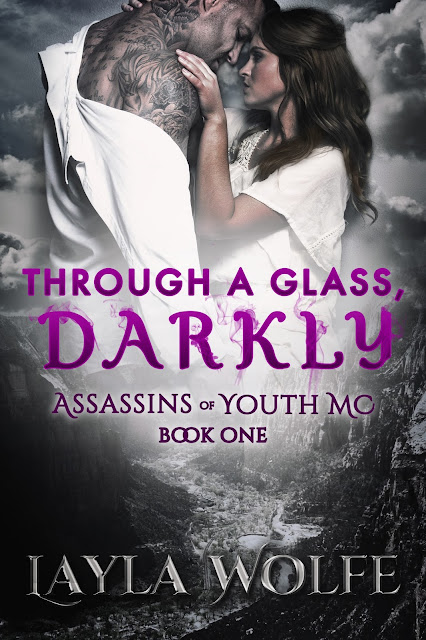 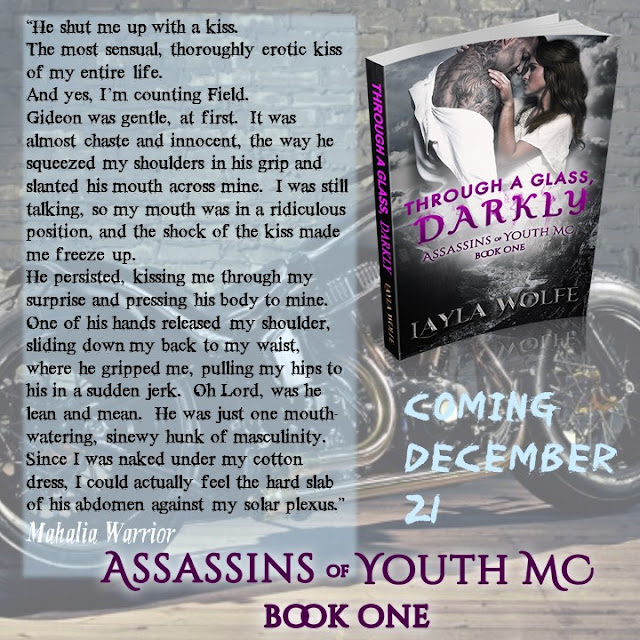 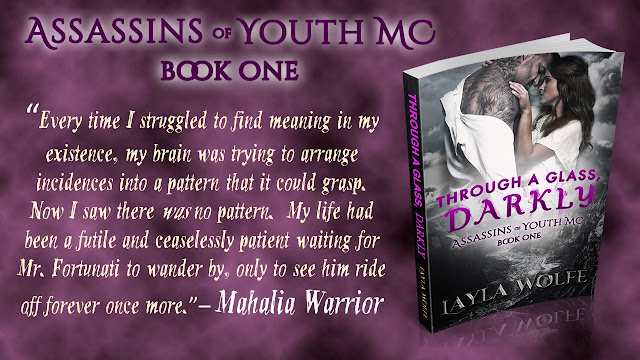 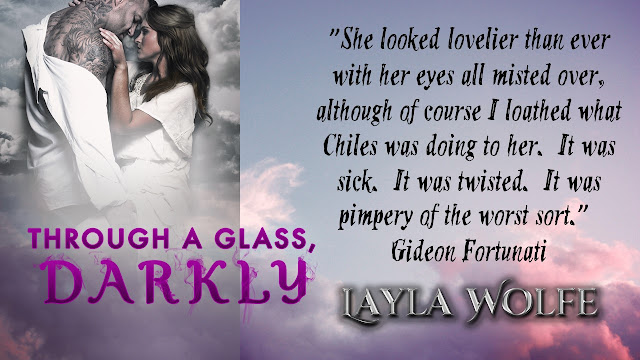 “Follow Gideon and Mahalia on their journey Through a Glass and discover the twists and turns that have made this my new favorite book by Layla Wolfe. I look forward to the next in the series and would definitely recommend this book to anyone who enjoys reading well written stories with an adventurous and sexy theme.” ~ Nikki, Tasty Wordgasms

“It kept a steady pace throughout and was well written. I enjoyed the fact that it was done in dual POVs and did have a few laughs.” ~ Michelle Booklover, One Click Aholics 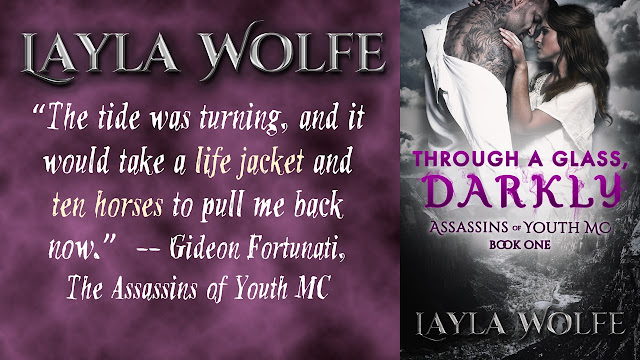 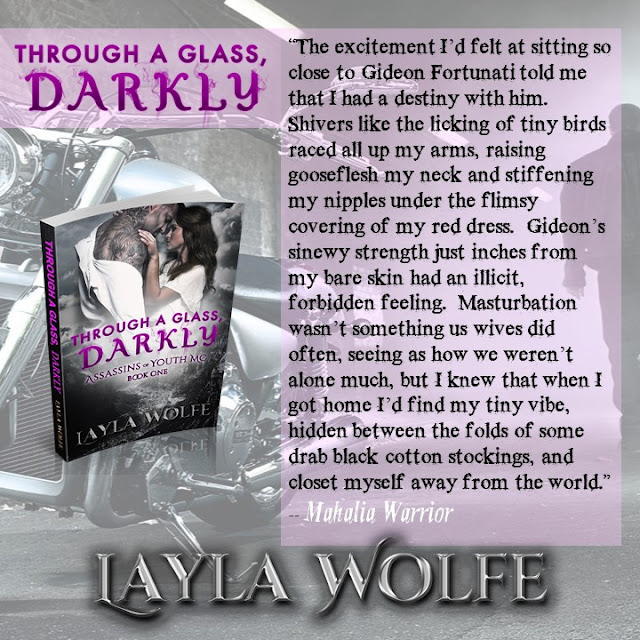 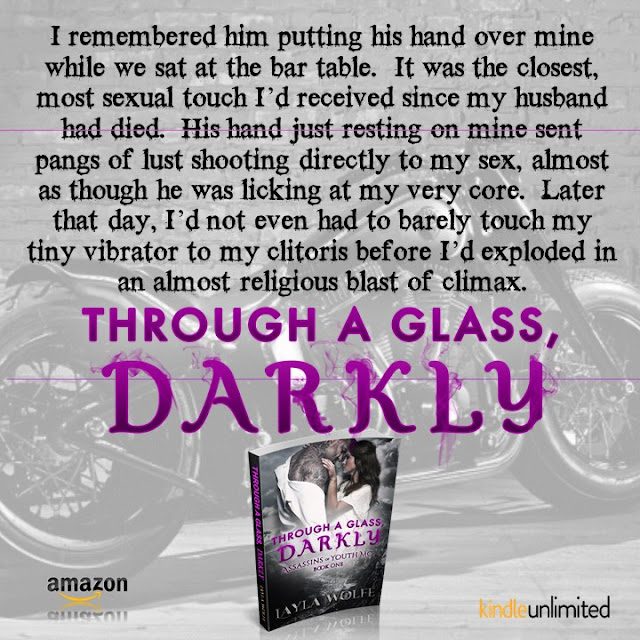 What a uniquely written MC novel.  I am a huge MC fan.  I totally throw myself at the chance to get hold of new MC novels, so when this one came along I couldn’t pass it up!  It had a fresh storyline, and interesting characters that drew you right in.  Once I started I couldnt seem to put it down.  Seriously, you will not want to miss out on this one!! 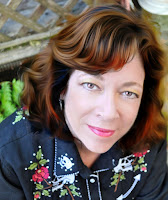 To get a FREE COPY of THE BARE BONES MC #1, sign up for Layla’s newsletter at:  http://eepurl.com/bGUkzz 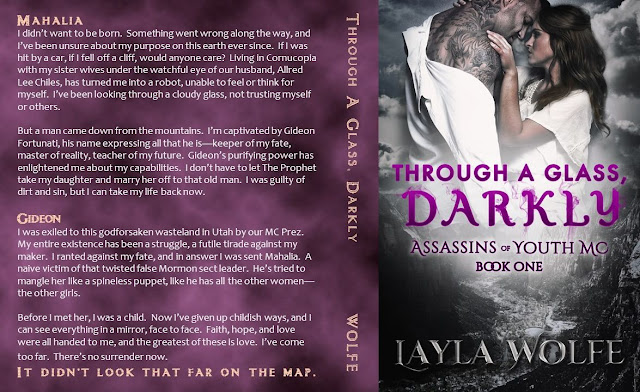