From the world of Carolina Bad Boys . . . Bo Maverick is ex-Force Recon and a force to be reckoned with.
Bo:
I’m a lover, not a fighter. Yeah, right. Talk about bullshit. I’ve been fighting all my life, and I know zip about love. Frankly, I don’t want to. More than bullets whizzing past my head or the very real possibility of ending up dead, love scares the shit out of me. I’m used to guns and killing, blood and dust.
Lust.
That’s what I feel for this woman, my goddamn shrink, Veronica. Doctor Hartley digs inside my head. She asks me questions, which I never answer. I’d much rather take the smart, sexy Doc to bed, but I can’t because of our clinical relationship.
My last Force Recon mission destroyed any semblance of humanity I had left. Those little triggers go off all the time now. When I’m asleep. When I’m awake. When the memories are raw. I bolt up, at knife point again, but there’s no enemy now.
Just Veronica and me.
Veronica:
Veronica. Doctor Hartley. I told Bo to call me Ronnie like everyone else, but he refuses. He shows up like he has a cattle prod shoved up his ass and sits through the allotted hour for his counseling session impervious to every approach. He’s powerful, forceful, explosive. He doesn’t scare me.
My marine doesn’t speak, but his sharp gaze pierces me all the same. He watches me with all the greed of a hunger never sated, a need never fulfilled. A desire never explored. He stows his secrets safely away, but I’m patient. I’ll get to him if he doesn’t get to me first.
And when I have him? I’ll want him forever. I know this. But I can’t. His past might be complicated, but mine is a minefield, one that will blow up in our faces before all is said and done.
Too bad. We could be so good together.
Warning: Graphic sex, graphic action, graphic language. Triple X caution. 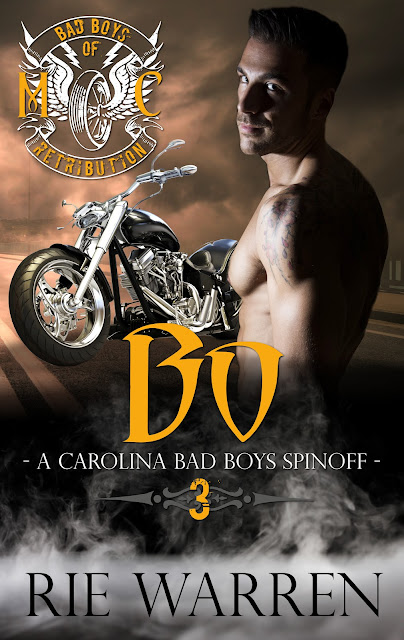 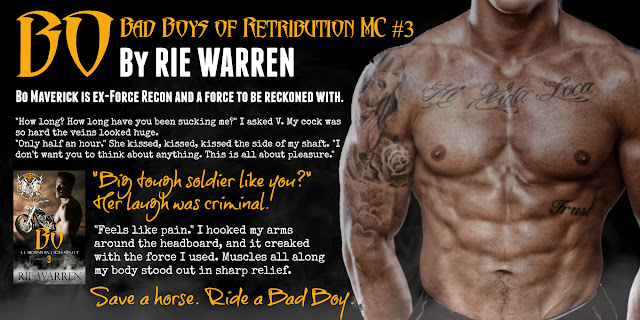 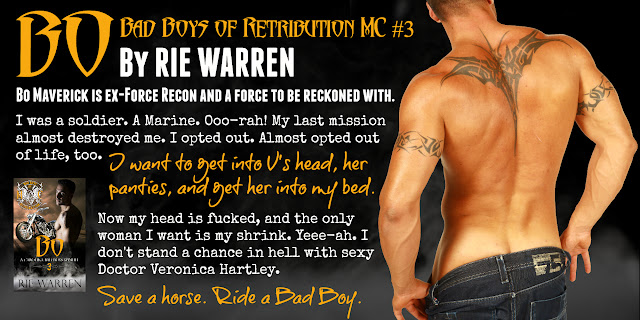 Two tortured souls, connect in the next installment of Rie Warren’s Bad Boys of Retribution MC series.  Bo Maverick is a former Marine and is haunted by the memories of his time on tour.  He is a hard ass, and feels like he has some serious issue to overcome.  Veronica Hartley is a Psychologist that works with the MC and has made it her mission to heal the minds of her clients.  She takes no shit, or prisoners, however she would love to take Bo, as a prisoner in her bed. Bo wants Veronica, but not as a shrink, but in all the sexy ways a man can have a woman.  They try and fail at fighting the attraction between the pair,  however, when a secret from the past it not only puts their relationship at stake, but the whole Retribution MC!
I love Rie’s stories and Bo is no different.  I love that I got to keep in contact with all my fave. Retribution boys, and I saw a different side of Bo than I have seen before.  Like most MC books, these are rough, tough, gritty and raw.  The sexy alpha males, and their women fit them perfectly!  They all have that piss and vinegar that you need to have to hold on to a biker.   Can’t wait for more Rie!!

Rie is the badass, sassafras author of Sugar Daddy and the Don’t Tell series–a
breakthrough trilogy that crosses traditional publishing boundaries beginning
with In His Command.
Her latest endeavor, the Carolina Bad
Boys series, is fun, hot, and southern-sexy.
A Yankee transplant who has traveled the
world, Rie started out a writer—causing her college professor to blush over her
erotic poetry without one ounce of shame. Not much has changed. She swapped pen
for paintbrushes and followed her other love during her twenties. From art
school to marriage to children and many a wild and wonderful journey in
between, Rie has come home to her calling. Her work has been called edgy, daring, and some of the
sexiest smut around.

You can connect with Rie via the social media hangouts listed on her website https://www.riewarren.com.
She is represented by Saritza Hernandez, Corvisiero Literary Agency.
http://www.corvisieroagency.com/Saritza_Hernandez.html 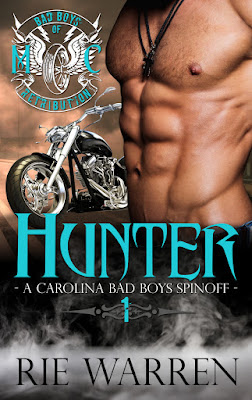 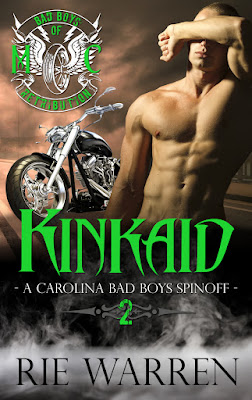 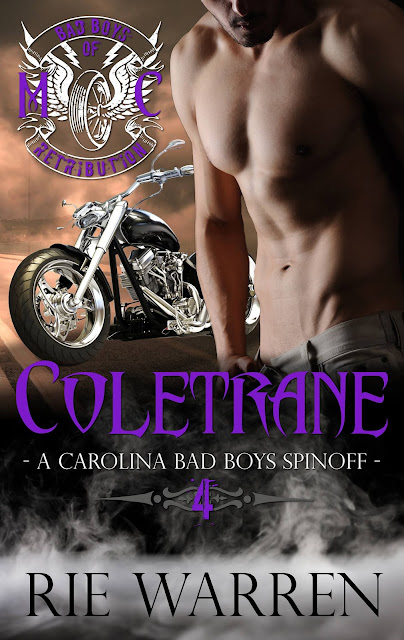 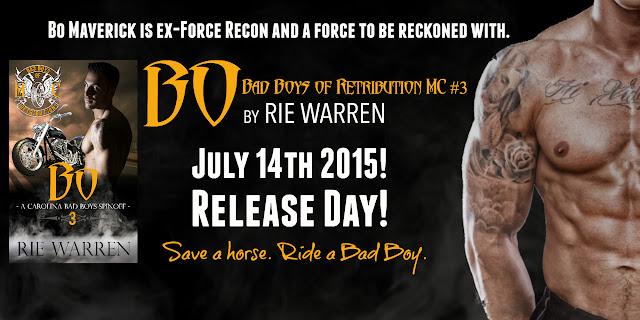