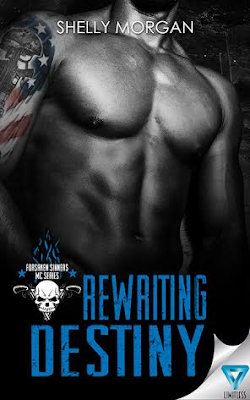 When life gives you lemons, it’s time for shots of tequila.
That’s my new saying in life, and trust me, life has handed me lots of lemons.
My name is Danielle DeChenne, and for eighteen years I took every punch “destiny” threw at me. Now I’m no longer a naive girl. Traumatic abuse will do that to you. I was forced to grow up too fast, and the one person I depended on—that gorgeous Marine, Zane—turned his back on me. So now I say screw the lemonade and just give me a bottle of Jack Daniel’s, because I don’t believe in destiny anymore.
There is no pre-destined path set out for each of us. That crap doesn’t exist.
Sometimes bad things happen…it’s just how the world works. It sucks, but you have to pick yourself up and get on with your life. Even if it’s an impossible task.
I’m done sitting around and waiting for my life to change or something good to fall in my lap. It took me awhile to understand, but once I stopped being the doormat for destiny, it was time for me to take control. Now I decide where I go in life and what will happen. It won’t always be pretty, it will sometimes hurt like hell, but I will make sure I live my life to the fullest…
Then the gorgeous Marine from my past returned with a vengeance—except this time, I was ready for him.
It’s time to rewrite destiny. 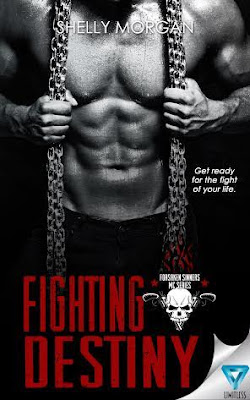 With a dark past of abuse, Toby Smith full-on raged against life.
After years of neglect from his junkie mother, Toby turned to the one thing that made his fury go away—mixed martial arts. Now, as an adult, he lives and breathes his training club and fighting, inside or outside of the cage. But when a mousy blonde walks into his gym for a self-defense class he’s teaching, that all fades away.
Sara Carmichael was always a doormat—until the day she took her life back.
Struggling to cope with years of physical and emotional abuse from a boyfriend, things take a turn for the worse. Drunk and in rare form, he nearly violates her in unspeakable ways. So she leaves and escapes from New York to California, hoping it’s far enough away that he won’t find her.
Sparks fly in the most uncommon places.
When Sara and Toby meet, they never expected it would be in a sweaty gym. When they are together, Toby feels things he can’t understand. But when Sara’s past clouds their present, will she be strong enough to defend her new life? Or will Toby snap and become the man she’s always feared?
It’s one thing to fight for love, but it’s another when you’re…Fighting Destiny. 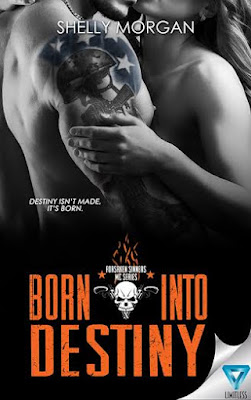 An uncertain future is all Dani DeChenne ever expected—and she was right.
A woman usually has a sixth sense about being pregnant. But a tattoo artist who never intended on being a mother—not so much. Instead, she passes out at the gym, and her boyfriend, Zane Hendricks, is the first to find out while she is still unconscious.
To say Zane is over the moon would be an understatement. But Dani’s lonely childhood with an absent mother makes her afraid of becoming a parent herself. What if she sucks at it and her child ends up hating her?
With every fear, there’s hope for a brighter future.
Once Dani gets over the shock, her heart is set on the family she and Zane will build together. But the bliss is short-lived as her pregnancy progresses and Zane’s duties keep him away. Depression sets in, and Dani feels more alone than ever.
It isn’t until an old high school friend drifts into town that Dani has someone to talk to. Jax Reynolds is there on business, looking for a permanent job in security. When Zane catches wind of some guy hanging around his pregnant girlfriend, hospitality flies out the window. But by some miracle, the three become good friends, and Dani finally has the stability she always wanted.
Or so she thought.
When tragedy strikes, every second makes the difference between a bright future or a disastrous fate. And beyond the immediate danger threatening to ruin Dani and Zane’s lives, an even more treacherous secret might be the one thing that can destroy it all forever. 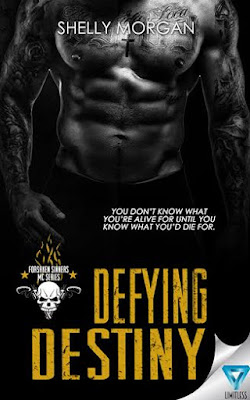 Twenty-six-year-old Louie Creighton knows there is something inside him he can’t control…
Ever since he can remember, Louie has had a short fuse. People always said he’d amount to nothing. He wasn’t smart enough to get into college. He wasn’t tough enough to be a Marine. No one believed in him.
No one except his father, Mike Creighton…
Louie’s father always taught him to turn the other cheek. He was a true mentor, teaching him how to be a man in a world of cowards. But when his father is murdered the day after scratching a winning lottery ticket, Louie’s inner monster can’t be contained. He becomes determined to track down the suspect at any cost. All along, he struggles to live by his father’s motto—To find out what you live for, you have to discover what you’d die for.
Then he meets Harlow McPherson…
Her entire life has been a battle. Harlow grew up in the system, bouncing from one foster home to the next. Most weren’t that bad, but some were hell.
The only comfort was the fact she wasn’t alone. Her twin brother, Hendrix, was always there—until he took his own life years later, abandoning Harlow in a cruel world. Unable to forgive, it’s Louie who reminds her there’s still hope.
When Louie unleashes his inner monster, and Harlow finally faces her demons, will they lose themselves to the darkness, or risk it all Defying Destiny?

I am a lover of all things MC, and Shelly Morgans Forsaken Sinners MC series was a great read.  I loved the strength of Dani, and how she won’t take any shit from anyone.  Toby and Louie I absolutely adore!!  They are so kind, caring and loving.  They will do all they can for their women, and they love them unconditionally!!!  Zane, oh Zane, how that man has survived life with Dani this long is beyond me, lol.  I really felt like I connected with these characters and the story.  Definitely a series you won’t want to miss!!!

I grew up in a small town in Iowa. I have 2 older sisters and amazing parents. Growing up, I was always a daddy’s girl, hanging out with him in the garage, fishing, and building stuff. I loved to play softball and swimming, but reading, telling stories, and writing were my passion, even at a young age. I took a break from writing for a while, but you could always find me with a book in my hand.
I have three children – two boys and a girl. They are my whole world. Even when I’m having the worst day ever, they brighten up my day and make me smile.
A few years ago, there was this story that would always play out in my head and no matter how many times I went through it, from beginning to end, it would never fade. So I decided to put it on paper. I didn’t plan on publishing it, but when it was almost done, a friend asked to read it. She said it was a story that needed to be shared. And that’s what started my writing career.
I love all genres of books, and even though I started with writing MC Romance, I have a whole book of ideas, so you can expect more from me than just MC, though romance is in my blood.
Even though I currently work two jobs, my ultimate dream is to become a full time author. I want to be able to spend my days filling pages with stories. I want to be the reason people find a reason to smile or laugh from lines on a page. Reading a book allows me to live in someone else’s shoes, even if only for a few minutes. It’s a way to leave my life and troubles behind and I want to be help others do that as well.